You are here: Home / Uncategorized / What Happened at the March 2019 Meeting?

TDC Transportation Manager Jamie McPherson addressed the MDCA’s March meeting about some of the community’s roads and pathways concerns and the possibility of lowering the speed limit on Aranui Road to 40 kph. Jamie indicated road speed limits need to have a start and end point and posed the question: “In Mapua, if we were to support lowering the speed to 40 kph, where should it start and end? You can’t just make Aranui Road 40 kph and the rest 50 kph. Should we make the whole of Mapua 40 kph?” Many residents believe all of Mapua should be 40 kph, posted at the beginning of both Higgs and Aranui Roads. And Jamie mentioned that recent development projects have officials questioning whether 50 rather than 60 kph might be a better limit on Mapua Drive. 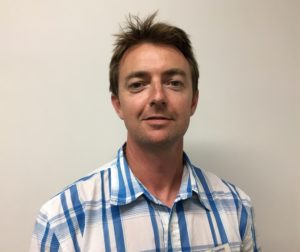 Jamie acknowledged that setting and changing speed limits is a long and arduous process, guided by the Land Transport Rule: Setting of Speed Limits 2017 legislation. These rules prevent local authorities changing speed limits at random. NZTA publish maps where they have assessed the safety of each road and determined “appropriate speeds.” All potential changes must be measured against this NZTA recommended speeds. That said, the focus of NZTA is to reduce deaths and serious injuries.

To change speed limits requires the TDC to provide technical evidence, demonstrate public and community support, then get political support. The process requires multiple steps: first listing potential roads up for speed changes, then the shortlist goes to council for approval, then to public consultation, then a subcommittee hearing, then a full council vote. Even then, the NZTA has power to veto the proposed changes if they disagree.

NZTA has recommended Mapua speed limits as 50 kph for Aranui Rd and all side roads at 40 kph. But their system only provides indications. What we need to look at is what we as a community want, what makes sense. Jamie pointed out that Aranui Rd is not designed for a 40 kph speed limit. In February 2018, speed testing indicated cars traveled at an average 45 kph and in August 2018 at an average 47 kph. In summer, there’s obviously more activity happening compared to winter and people drive slower. So currently cars are not travelling at excessive speeds. If we were to target a lower speed (40 kph) for a part of Aranui Road, Jamie does not think a sign will cause a drop in speed. Research shows it will only drop 2-3 kph. To drop speeds significantly, other things need to be done such as street narrowing, speed bumps etc.

Jamie also mentioned we don’t know how people will react to a speed change. A lot of people want speed limits dropped in front of their house but on their daily travel routes they want to travel at their preferred speeds. We all want to have our towns be safe and people friendly. The TDC plans to engage with people via a survey to see how people want their roads to function. The stronger the community support, the stronger the case for change. Jamie reinforced he is here to support what the MDCA and community want to do but changing speed limits is a lengthy process.

Rob O’Grady, the TDC’s Project Manager, then spoke about the Mapua/Ruby Bay water infrastructure upgrade project scheduled for 2019, including: an upgrade to the wastewater pump station in Ruby Bay, a new underground emergency storage tank and odour control; a new wastewater pump station at 69 Stafford Drive, which will replace the existing pump station at 72 Stafford Drive (the new pump station will include underground emergency storage and odour control); a new water main running from Mapua Wharf to Pine Hill Road; a new wastewater pipe running from Mapua Wharf to Ruby Bay.

As Mapua residents know, the existing water main running along Aranui Road and Stafford Drive is in very poor condition. There are frequent pipe bursts at many locations. To reduce the risk of pipe breaks, the water is at a lower pressure than desirable. And the Mapua wastewater network is inefficient. There are five pump stations between Ruby Bay and Mapua Wharf, which pump wastewater from one section of pipe to another. Parts of the system are often at capacity during high rain events. Overflows have occurred at Mapua School and tankers are often required to prevent overflows in other locations. There is no odour control and little or no emergency storage at the existing pump stations to store wastewater during power outages, mains breaks or high rainfall events. The project will address these problems and provide more capacity to allow for growth in the area.

Tenders went out in December and Rob hopes the contractor will be able to start in April or the beginning of May at the latest. The contractor would like to start at the Mapua school and work towards the wharf and hopes to finish around November.  The bulk of the work around the school is planned to be done during winter school holidays.

Residents and visitors can expect some disruption to traffic. Aranui Road will not close but there will be signs suggesting cars travel Higgs Road as an alternate. The bulk of the work outside of individual properties is expected to take a week but total disruption could be about a month. Rob expects the water main section running from Ruby Bay shops to Pine Hill Road to be replaced later in order to meet current budget constraints.

Contractors will give home owners a daily update on interruptions. During construction, a project liaison person will be available on a 24-hour phone number to discuss any concerns. They will manage any specific access requirements and be responsible for daily communication with affected parties. Rob is also open to feedback from the community to make sure all are on-board and can be contacted at: 03-543 8634 / 027-579 3146 or email rob.o’grady@tasman.govt.nz

For more detail on Jamie and Rob’s presentation, please see their live stream video on the MDCA’s Facebook page.

A new design for upgrading the Ngaio Tree reserve area (green space between the Golden Bear and waterfront with the Ngaio Tree) will be put to public consultation the first 2 weeks of April. At the April 8th MDCA meeting, the TDC will present its latest concept design and engage in a 30 min brainstorming at the end of the meeting. The results will be reported to the Mapua Waterfront Working Group meeting 15th April.

Elena Meredith, working with the Nelson/Tasman Community Transportation Trust and volunteers from Hills Community Church, has been focusing on developing transportation infrastructure for our area. Recent social media posts brought in offers from 8 people who want to be drivers for our area. Seven of them want to be part of the organisation committee. The trust is working on a survey to establish the exact transportation needs for our area to demonstrate to the TDC that such a transport system would be worthy of NZTA funding. Elena will be doing a presentation in April and May to other associations in the area. Marion asked Elena to come back at the MDCA’s next meeting with the cost involved in conducting a letterbox drop in order to see if the drop is a project the MDCA should support.

The pathway from the school to sea has been widened.

An MDCA attendee pointed out the grass verge areas on Mapua Drive have not been maintained properly. Jamie McPherson responded by saying he would follow up with the developer to see if they complied with consent conditions.

Be sure to attend our next monthly meeting:  Monday, 8 April at 7 PM, Bill Marris Room, Mapua Hall.

MDCA works closely with TDC to ensure our community functions in a way that suits the majority of our residents. To have a vote that counts, become a financial member of MDCA by simply paying a $10 membership fee to our NBS account 03-1354-0356471-00 with your name & phone number as a reference.

Monday, 8th June, at 7 pm in the Hall OR via ZOOM.  The ZOOM email Link will be sent out to all members at about 6pm.  Everyone welcome to use ZOOM except I will need an email address so I can send a link.