Art in the Park — AED’s in the Village

Much has been taking place during the “silly season” of summer in Mapua.  The Mapua Community Association’s long-standing effort to commemorate the Touch the Sea aquarium (destroyed by fire in September 2011) was celebrated December 19 with the unveiling in Waterfront Park of two beautiful landscape frames adorned with wood and ceramic works of art by Mapua School students.

One frame depicts the well-known boat long featured at the aquarium entrance and Phoenix the turtle that survived the blaze along with loads of fish in all shapes and species. That frame is erected facing the site where the Aquarium once stood. The second frame faces over the water the inlet and depicts life on Mapua wharf.

Both frames are beautiful additions to this our special Waterfront Park space and a complete community project. Funds were raised from the community and community volunteers helped bring the idea to fruition through Mapua School pupils, staff and parents. Be sure to come down to the Park soon to enjoy these wonderful creations. Though some of the art pieces have unfortunately broken off due to rambunctious sign climbers, repairs are underway.

Also in December, Steve Elkington, TDC Sr. Road Engineer, informed the MDCA that “Asphalt & Construction have made a start on the new footpath in Higgs Road and once completed will move to the Aranui/Mapua Drive intersection upgrade.

We [the TDC] had planned to undertake the work at the intersection of Aranui/Mapua Drive, during January while the school is closed. Unfortunately, this work is now programmed for late February around the 21st. However, the good news is there will be less disruption to the intersection due to the traffic island in front of the school, only being slightly modified.

The reason for this change to the traffic island, is due to bringing forward a project to upgrade water and sewer for Mapua in this area. The confirmed alignment of the new pipes will mostly affect the landscape planting of the traffic island so the island won’t be fully reconstructed until after the new pipes are laid. In the meantime, the unaffected section of the traffic island including the access path are to be constructed enabling pedestrians to use the revised center-island and new path on the Country Store side, planned for completion in March 18. The confirmed alignment of the pipes will also allow the intersection be resurfaced sooner, which is over-due and surfaced with Asphalt.

The laying of the new sewer and water mains are planned to occur later 2018 and hopefully able to be coordinated with one of the school term holidays.”

And just in time for the Holidays, two new AED’s (automated external defibrillator) were installed for emergency public use in Mapua Village – outside Mapua Community Hall and Mapua Four Square. Thanks to Reinhard Gebhard and his AED committee, Mapua Community Hall, NBS and TDC (who contributed $1600 and $1000 respectively for the purchase of the hall defibrillator) and our local Four Square for sponsoring and installing these life saving devices. Pass the word!

Chairperson Elena Meredith opened the December MDCA Monthly meeting with the statement that “the boat ramp is not just a boat club issue – it is a community issue.” There was lively discussion concerning the TDC community consultation process, the decision to not proceed with the boat ramp in the Mapua Waterfront and how the whole community could be more informed about the level of boat use and the need for a ramp. It was suggested that the TDC groups and harbour master also be involved in finding a solution. The MDCA membership passed a motion that the “MDCA is in support of and recognises the need for the establishment of a boat ramp in the community.” The issue will be revisited at the February 12 meeting.

Marion Satherly reported the Mapua Drive Sculpture would be installed in February. This is the 2nd of 3 Gateway Sculptures (the first being in Tasman). The third is to be erected on Mamaku Drive at the top of Seaton Valley Road.  Marion discussed the possibility of a fourth sculpture at the Higgs Road/Mapua Drive roundabout. It’s possible some NMIT students might become involved in the design process. It was noted that the final design should not be so large as to obstruct vision at the roundabout. The MDCA membership agreed the Secretary would write a letter to the Ruby Coast Initiative Trust supporting the conceptual and explorative ideas for a sculpture at the Higgs Road roundabout .

At our December 11, MDCA meeting, Chairperson Elena Meredith reminded us all of the many challenging and exciting issues members were treated to in 2017 in her annual year end summary, this year titled: “By the Numbers.” 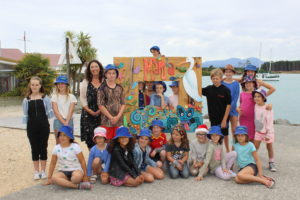 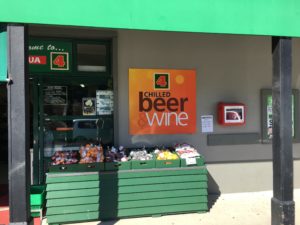 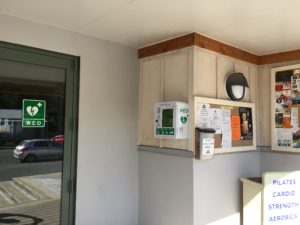