You are here: Home / Uncategorized / Be a Framer of the MDCA Constitution – Your Comments and Suggestions Wanted 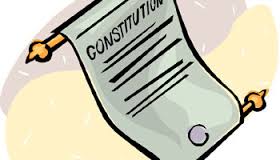 The MDCA is reviewing and updating our Constitution, shown below. Now is your chance to help edit/revise this important document by submitting your comments below or:
• there will be a short session at the close of the main meeting on April 10 for people to discuss, make comments and suggestions;
• and the result of these will be motions for changes to the Constitution being put to the members at the May monthly meeting.

Tell us what you think!

2. Objectives
To initiate and organise actions that:
a) Promote and foster interest in the social, economic, environmental and cultural life of Mapua and surrounding districts
b) Encourage public discussion on the development of Mapua and districts, commensurate with the preservation of its unique qualities and desired lifestyle of residents
c) Serve as a channel of communication with the Tasman District Council (TDC) and any other statutory or interested organisations, in as much as they may affect those who live in the district
d) Collect and disseminate information on matters pertaining to these objectives and any other matters of interest or concern to the community.

3. Balance Date
The balance date of the Association shall be the 30th June each year

4. Membership
a. Membership is open to any resident or ratepayer in Mapua, Ruby Bay or the surrounding Moutere Hills district
b. There is no limit to the number of members
c. A register of current members including name, physical address and original date of enrolment will be kept in accordance with the rules of Incorporated Societies
d. An annual fee is required and will be fixed for each year at the Annual General Meeting and is due payable on July 1st
e. In the event that the fee is not paid by August 20th the membership will be terminated
f. Payment of the fee shall entitle a member to vote until the end of the AGM
g. New members may join at any time; however, the annual fee cannot be paid pro rata
h. Any member may resign from the Association by giving notice in writing to the Secretary

5. Officers
a. The Officers including Chairperson (Chair), Vice Chairperson, Secretary , Treasurer shall be elected at the Annual General Meeting and shall serve as part of the Association’s Executive Committee
b. The Officers shall be financial members

7. Secretary
a. The Secretary shall record the minutes of all meetings. These minutes, when confirmed by the next such meeting and signed by the Chairperson ,shall be the official record of that meeting.
b. The Secretary shall deal with and answer correspondence, distribute General Meeting minutes and agenda, and perform such other duties as may be required by the Executive.
c. Minutes of Executive or Subcommittee meetings that involve matters as identified in 11e shall generally not be made available to members or the public.
d. The Secretary shall send the minutes if the sixth year preceding to The Nelson Provincial Museum at Isel park. Do we actually do this? Need to rewrite based on Mary’s letter to Museum

8. Treasurer
a. All monies received shall be paid to the credit of the Associations bank account(s) and all accounts approved by the Executive for payment shall be paid in a timely manner.
b. The Executive shall approve three Officers as authorised signatories to the bank accounts. Two signatures / authorisations will be required for all payments.
c. All payments to be made on behalf on the MDCA will be approved at either the Exec or public meeting
d. The Treasurer shall present a statement of the status of the bank account at the monthly General Meeting.
e. The treasurer will maintain and manage the membership list
f. The Treasurer shall present an annual reviewed statement of accounts showing receipts and payments and the Associations financial position at the Annual General Meeting.

10. Executive Committee
a. The Executive Committee (Executive) shall consist of the Officers and not less than four nor more than seven financial members of the Association elected at the Annual General Meeting.
b. The Executive shall manage the affairs of the Association in the best interests of the membership in accordance with the Objectives ( Section 2 a-d)
c. Any Officer or other member of the Executive may be removed for behaviour that is not in accordance with the Objectives of the Association. Removal shall be by resolution at a General Meeting (for which prior written notice was given in the notice of meeting) and which is passed by a two thirds majority of those present and voting. Should a motion for removal pass ,it will then be subject to the right of appeal within 62 days of the General Meeting
d. The Executive shall have the responsibility to fill any vacancy occurring on the Executive or subcommittees.
e. In the event of resignation or incapacitation of the Chairperson, a nominated member of the Exec shall serve until the next Annual General meeting.
f. Meetings of the Executive shall he held at least monthly
g. Four members shall form a quorum at the Executive meeting.
h. Executive members shall remain in office until the appointments or election of their successors
i. The Executive may review the standing of any Executive member who fails to attend four consecutive meetings (Executive and General) without notification.

12. General Meetings
a. General Meetings will be held monthly February to December (at the Mapua Hall) and will be open to public participation.
b. Meetings shall be conducted in a productive, enjoyable and inclusive manner.
c. Three members of the Executive plus four members of the Association shall form a quorum at the Special or General Meeting.
d. Special General Meetings may be called by the Executive, or by a written request to the Secretary signed by not less than a quarter of the Association’s financial members.
e. The Executive reserves the right to go into closed Executive committee over matters it deems may:
i. concern confidentiality and the security of privileged information.
ii. concern the incurring of financial liability
iii. make the Association liable to legal proceedings
iv. be contrary to the aims and objects of the Association
f. The Association will not be bound to take any action which may be required by the passing of a resolution in a General Meeting that may:
i. involve it in financial liability
ii. cause it be liable to legal proceedings
iii. be deemed to be contrary to the aims and objects of the Association
g. The publication Members’ Meetings by Mark von Dadelszen shall be adopted as the definitive authority for meetings and meeting procedure for guidance where problems arise. A copy of Member’s Meetings will be kept by the Executive at the Moutere Hills Memorial Library for the benefit of all Association members and interested public

13. Annual General Meeting
a. The Annual General Meeting (AGM)of the Association shall be held immediately prior to the August General meeting. Motion on Notice must be in writing and in the hands of the Secretary at least 14 days prior to the date of the AGM
b. At least 7 clear days before the AGM the secretary shall send to all members written (or email) notice of the meeting including the Chairperson’s annual report, statement of accounts, list of current financial members and motions to be considered including:
i. Nominations for Officers and Executive Members
ii. Honorarium to be paid
iii. Amount of annual fee
iv. Appointment of a qualified person to review the Association’s books
v. Motions on notice and the Executive recommendations relating to matters of Association governance
c. Three members of the Executive plus seven members of the Association shall form a quorum at the AGM

14. Indemnity of Officers
The Officers, Executive and Subcommittee members of the Association shall be indemnified from and against all losses and expenses incurred by them in or about the discharge of their respective duties, except where such loss or expense arises by reason of those Officers’, Executive or Subcommittee members’ own wilful neglect or negligence

16. Distribution of Assets on Winding Up
The assets of the Association shall on winding up, be distributed in a manner decided at a General meeting convened for that purpose . No member or members shall derive any pecuniary gain from such winding up.

17. Alterations to the Constitution
The Constitution and Rules of the Association shall be in accordance with the Rules of the Registrar of Incorporated Societies’ and may be altered, rescinded or added to by a resolution passed by two thirds of the votes cast by financial members present at a General meeting.

No addition or alteration of the following clauses :
• Clause2 – objectives
• Clause 14-the personal pecuniary profit clause
• clause 15-the distribution of assets on winding up
shall be binding without the approval of the Inland Revenue Department

18. The Common Seal
The Common Seal of the Association shall be held in the custody of the Executive used by the Chairperson only in the execution of documents in accordance with the Constitution.